straight from the head 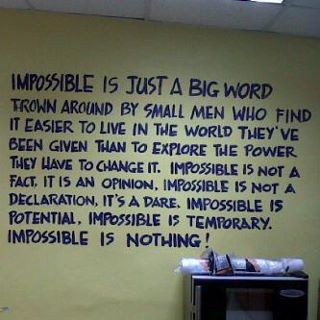 I just stumbled across this picture on facebook, & it did catch my fancy. if you stop to think of it, it actually is true. if you only stop to think @ what people have achieved over the years, you would notice that in fact the line between what is "possible" & "impossible" is actually leaf thin, & with every year it grows even thinner. think back to the the early centuries, when the only mode of transportation was either by feet or on horses (& camels). if some random guy just stood up then, & posited that someday man would find an easier & faster means of transportation with metal contraptions that work on earth's resources.hmm,......i can only imagine all sorts of crazy insinuations they would make of his ideas. but here we are today, everyday pushing the limits of man's abilities. a few centuries ago, man looked at the moon & sun, with amazement & mystery. but now people walk on the moon, & we understand the sun & its purpose.
everyday, we keep pushing the realm of "possibilities", so if you look out there & see people proving "conventional" theories & ideas wrong @ every given opportunity, then why should you believe any less about your ideas? Who says you cant make that dream come true, who says you can't actualize that business plan? Who says it's not going to be viable, it's not going to fly? constructive criticism is always good, but when you receive such criticism, what next? do you sit down & accept failure even before you start? it's just like going to some desert area & wanting to plant crops, & then someone comes in & tells you: "hey bob, that's a desert, so it would be an effort in futility if you try growing your crops on this land", & then you turn back & decide against planting the crops. But think for one second,.......can you actually & truly say, your crops didnt germinate? you didnt even try planting in the 1st instance. so he that told you that the crops cant be grown isn't proven right, & you aren't proven wrong. so that's a decision in cowardice. accepting a failure, even when you havent been proven to fail. it's a desert, that's constructive criticism, & what do you do with such constructive criticism? you dont just throw in the towel & turn back, you go & make arrangement for irrigation & other ways to make sure that "barren" land can be fertile enough for you to grow your crops.
so let's start having more faith & belief in ourselves & our ideas yeah? the only person that matters is you. once you have properly assessed the situation, make sure you have covered all the loopholes pointed out, & then set out to get stuff done. you got only one life to live, why dont you spend it living your dreams, instead of someone else's apprehensions.
dont think "impossible", rather think "I'm Possible".
think about it.
have a great day & weekend ahead folks.
Labels: achieve believe life lifestyle relationship think about it thoughtful 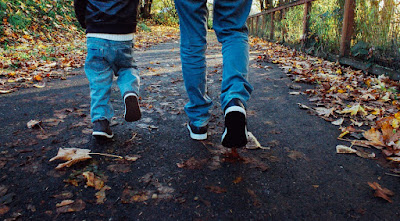 Been quite a while. 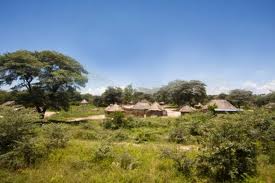